After majoring as an undergraduate in English and minoring in classics and math, I went to Yale to study linguistics and more or less stumbled into one of the leading centers of Indo-European Linguistics in the world. Since I had always had latent interests in this area, based upon my classical studies, I began to take courses with Warren Cowgill on general Indo-European and with Stanley Insler on Sanskrit. I wrote my dissertation on the particle u in the Rigveda, which launched my career as a scholar of Indo-European syntax and discourse structure. Most of my work has been on the language of the Rigveda, especially clausal connection, but I have also written on conjunction in Old Persian and Greek. A second area of interest is the comparative syntax of those old Indo-European languages whose primary or very early texts are translations of the Greek Gospels: Gothic, Classical Armenian, and Old Church Slavic. I have written monographic treatments of personal deixis and indefinite pronouns and polarity in Classical Armenian as well as conjunction and the lexical semantics of preverbs in Gothic. Since 1998 I have been involved in a project studying stylistic repetition in the Rigveda. I consider this an extension of my earlier studies.

My approach to Indo-European studies is heavily philological. My first impulse on any research project is to start with a text, mining it for whatever phenomenon I am interested in at the time.

Over the past year I have become deeply involved in the editorship of the de Gruyter Handbook of Comparative Indo-European Linguistics, a massive project with 128 chapters and around 120 different authors. It will be the most extensive presentation of the field in nearly 100 years. I view this as a way to give something back to the field which has so engaged my energies over the past 45 years.

My current research goals are:

2) Stylistic Repetition in the Rigveda (a book-length study)

3) Interstanzaic Repetition in the Rigveda (a monograph)

4) Studies in the Comparative Syntax of the Greek, Gothic, Classical Armenian, and Old Church Slavic Gospels 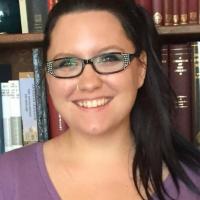 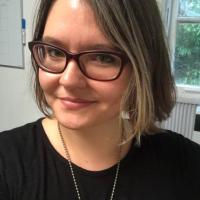